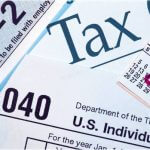 The city of Strongsville has decided to join a regional council of governments in a bid to protect an important revenue source.

At a meeting held on April 18, the Strongsville City Council unanimously voted to authorize Mayor Thomas Perciak to enter an agreement for the city to join the Council to Protect Ohio’s Communities. The group’s main objective is to ensure the survival of the Ohio estate tax. The city will provide a $5000 membership fee to the council, where the city of Shaker Heights serves as fiscal agent.

In early April, a Senate committee approved a bill to eliminate the Ohio estate tax in 2013. Estates subject to the tax are those valued at $338 333, and local governments receive 80 percent of this tax revenue annually.

As Council President Michael Daymut said, Strongsville historically receives around $750 000 a year in estate tax revenue. He added, “It’s a revenue source we have enjoyed over the years, and rightly so.”
Under Gov. John Kasich’s proposed two year budget, the city already stands to lose $500 000 in revenue from the state in 2012.

Daymut sees the potential loss of the estate tax, the anticipated cuts in state funding, and a general feeling of uncertainty in dealings with the Statehouse as a sign that there is a need for a more “regionalized” approach to addressing the needs of Northeast Ohio communities.