North Royalton, Ohio, is a quiet city with genuine small-town charm. Winding roads make their way through thick layers of trees that give way to open green fields.

Lightly misted in occasional rains, North Royalton maintains a close-knit vibe with a strong sense of community spirit. The city is far enough away from Cleveland to avoid the hustle, bustle, and congestion – and yet close enough to take full advantage of the creature comforts and luxuries that big cities provide.

The area is peppered with well-established modest homes coupled with stately new construction. The city has recently added a new library building as well as a YMCA community recreation center and enjoys a variety of parks that envelop nearly ten percent of the city’s landscape.

It’s a quiet, relaxed lifestyle, but there are still plenty of things to do in town.

Things to do in North Royalton

Although there are no golf courses directly in North Royalton, you can practice at the family-friendly Mr. Divot’s Driving Range. However, there are dozens of public and private golf courses and clubs in surrounding areas.

Ready to show yourself some pampering love? North Royalton is home to a variety of spas and salons, including Holistic Halo Salt Spa, Extasis Salon and Spa, Enzo’s Salon and Spa, and The Lash Room Skincare Studio.

Hungry? You won’t need to travel far from home for a tasty bite. There’s an eclectic collection of unique dining options in North Royalton, including Amici Restaurant and Bar, Kavana Social Kitchen, Carrie Cerino’s, the Jaipur Junction, The Hidden Back Yard, and more.

And, of course, due to the convenient location of North Royalton, Ohio, you’re just a hop, skip, and jump away from an endless array of recreation, entertainment, art and culture, casual and elegant dining, and more.

Homes for Sale in North Royalton

There are two private schools in North Royalton, including St. Albert the Great School and Royal Redeemer Lutheran School, both of which serve students in grades K-8.

The Climate in North Royalton

North Royalton, Ohio, receives about 160 days of sunshine per year, in contrast to 144 days with measurable precipitation.

On average, the area receives about 38 inches of rain and 51 inches of snow.

North Royalton, Ohio, is within three miles of both I-71 and I-77 and is just minutes away from the Cleveland Hopkins International Airport.

North Royalton encompasses 21.3 square miles in Cuyahoga County, Ohio. There are approximately 30,294 residents who make themselves right at home in the 44133 zip code. 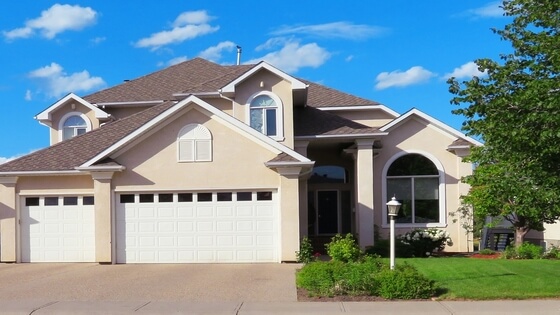 The community is full of things to do, including a state-of-the-art community center, a new library, a plethora of parks, shops, spas, restaurants, and other things to do.

North Royalton, Ohio, is the ideal place to hang your hat and settle in at home.