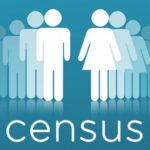 Figures from the 2010 Census have just been released, and so far they have revealed some interesting new facts about Strongsville.

These figures show that Strongsville is making progress, and that it is a culturally diverse and family friendly city to live in.