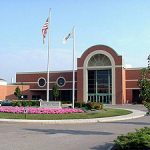 House Republicans offered up some changes to GOP Gov. John Kasich’s proposed state budgets on April 28. This move comes following some pressure from concerned parents, teachers and constituents, and has been made in order to lighten the deep cuts that were planned to hit many Ohio school districts in July.

Limiting any district’s basic state aid losses to 20 percent, putting up to $60 million into per-pupil basic state aid and cutting a plan allowing school officials and personnel to contribute 12 percent each into school pension funds are amongst the changes proposed by house legislators.

Strongsville Treasurer Bill Parkinson said, “In regard to the pension, there probably will be a referendum and we won’t know until November what the outcome is. And regardless of that outcome, our teacher contracts don’t expire til June 30, 2012, so the impact wouldn’t be felt until 2013.”

Parkinson said that he would have to analyze the legislators’ financials in order to properly gauge how much the 20 percent cap and the boost in per-pupil funding could aid the district. However, he did add that he has so far been “frustrated and unimpressed” with the Governor’s proposed state budget and what Parkinson refers to as the “half measures” of the Republicans.

He said, “In my opinion, it seems like on one hand they say they support public education, but on the other hand they’re undercutting it–both from the top and the bottom. While I understand there should be more efficiencies, and I thoroughly understand that the tax base can only support so much, at the same time you can’t gut public education where it’s almost set to fail.”

Until the budget is finalized in June, he will continue to take note of the proposed changes coming up from Columbus, and refrain from making a complete assessment as the state’s economic conditions will continue to shift.